The last couple of weeks to be honest has been a bit of a rollercoaster,  starting with the highs of feeling fit and strong and getting in some good preparation for the sickline worlds, down to the lows of getting an infection in the bursa of my right elbow, having it swell to the size of africa, put in a cast, and told the sickline worlds are a no go and so is physical exertion of any kind for the next few 2 or 3 weeks. Things were looking pretty bleak from my perspective, the whole reason I had been staying here in Europe had become non-existent. Healing progress was slow to say the least, even with the ultra powerful antibiotics, ibprofen and voltaren I was abusing. I went down to Austria anyway to catch up with friends and spend a bit of time outdoors, which was great for the soul. The last couple of days I've also seen a huge improvement in my elbow.
It is now 2 days out from the world champs and I'm writing this from up in Kaufbeuren, Germany, my base for much of the summer, I came back from Austria to the doctor here this morning and walked out with great news. The infection in my arm is almost gone, and even though he thinks paddling this weekend is too soon, he also thinks I might be ok if I give it a go. Just gotta look after it, keep poppin the pills and slapping on the voltaren (otherwise it can come back even worse).
Couldn't keep the smile off my face for much of today, and I head back down to Austria tomorrow evening. I'll get one day on the Wellerbrucke rapids (the race course) before competition, not much I know, but one is better than none. The arm and hand are a little weak but should be ok. Game on!


Here's a few pics from the few days we spent down in Oetz. Couldn't join in the activities so I got out my camera, it was still fun! 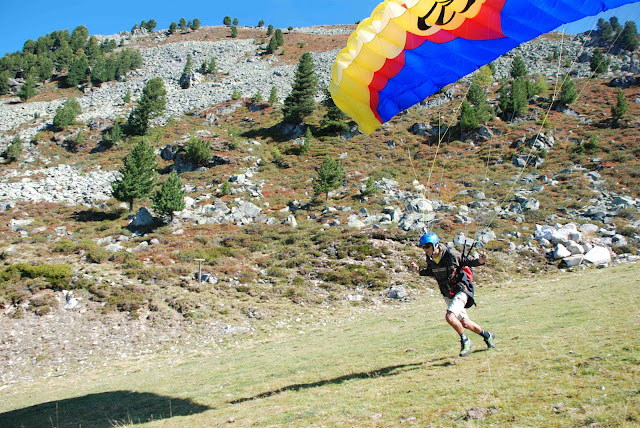 Posted by Brendan at 1:19 PM No comments:

The devils extreme race is held on the Lipno River, in the small village of Loučovice, Czech Republic, and is the European Championships of Extreme Kayaking.
This river only flows 3 days a year, so the Lipno is a very busy place the weekend of the Devils race. I've never seen so many kayakers, rafters and Canoes in my life. And as it happened, the Czech national slalom champs were being held just up river at the slalom course this same weekend so we were able to catch up with some more kiwi friends who were competing there.

This event is consists of a Downriver extreme race and a boater-cross event the following day.
We had hoped to get over a day early to check out the river we would be racing on but at last minute we heard Sam was going to be able to make it so we waited for him to fly in before we made our way to Czech.
Day 1 was the Downriver race which you had to qualify for via an extreme slalom course. If you made the semis it was a 2km long race and then if you made the finals it was a grueling 4km long race course.
The morning of the race Sam, Jamie and I went for a quick paddle down the river to check out the rapids. To be honest it just seemed like one big long rapid, and although it wasn't super hard, there were way to many lines to remember after just one time down. I guess we just had to hope for the best. It was a pretty cool river, similar in character to the Wairoa River in New Zealand but with less vertical drops.
In the extreme slalom quals we all managed make it into the top 30 and into the semis which was the main thing. Sam qualified in 2nd, Mike 3rd, Jamie 5th and myself 15th.
Into the semis we were faced with the challenge of not knowing the fast race lines but we did pretty we'll, Sam and I made the same time in 11th place, Jamie made it into 8th and Mike did amazing coming in 1st place ahead of defending champion Victor Legat of Czech Republic (Mike was juggling his slalom races on the same day aswell). Only the top 10 went through to the final so Sam and I just missed out and it was up to Jamie and Mike to bring it home for the Kiwi's.
In the final it was Mike who dominated the field holding his 1st place and Jamie managed to climb one spot into 7th place.
In the women's division NZ's Louise Jull ducked away from her slalom race just up the road and sneaked in a couple of extreme race runs, making the podium in 2nd place.
Day 2 is the boater cross event consisting of 4 person heats down a short course of rapids, having to touch strategically placed buoys on the way down. The start is pretty exciting up on a massive ramp, and all 4 competitors are catapulted into the river at the same time. I was quite surprised not to get landed on or land on anyone else!
I managed to win my heats and quarter finals only to be kicked out in the semi's. Jamie Sutton made it all the way into the final and took top honours in an action packed final race. Jamie is racing super strong at the moment. Watch out for him at the Sickline Worlds.


Full results of the event can be found here - http://www.devilsextremerace.com/en/index.php

Here's a good clip from the TV coverage of the event. I had no idea Sam, Mike and Jamie could speak such good Czech.

Posted by Brendan at 4:46 AM No comments:

In search of some actual summer weather Sam, Kat, Jamie, Soph and I borrowed some sea kayaks and headed south, 8 hours in the car on the autobahn, we arrived in Croatia with the idea that we could paddle around some it’s islands for a while.
Within 20min of entering Croatia we came across multiple diving boards towering out into the water.  These diving boards were present in almost every bay we drove past on our way down the coast. I like Croatia already! 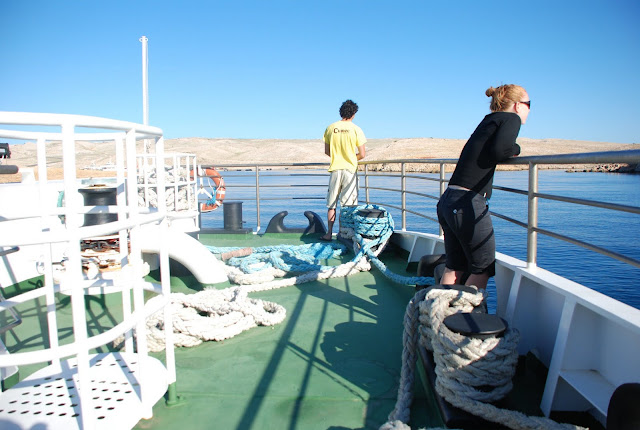 Our plan was to circumnavigate (slowly) the island of Rab and a couple of the surrounding islands. Rab is located in the upper half of the Croatian coast, about 120kms south of Rijeka.
We caught the ferry out to Rab, picked up one more sea kayak from Jogi at sea kayak croatia (absolute legend), and set on our way.

Rab itself is a very popular tourist location and even though we were there in high season, we were still able to find beaches and spots for ourselves. Every couple of days we'd go and find a village to stock up on food. The food is cheap and good.
The Mediterranean sea at this time of the year is stunningly warm and crystal clear. Every day the temperature is hot (35 degrees) and the sky is cloudless. The only weird thing is most of the time you need to wear shoes when you swim, as there are heaps and heaps of sea urchins everywhere on sea floor.


I will let the photos and their captions tell the rest of the story... 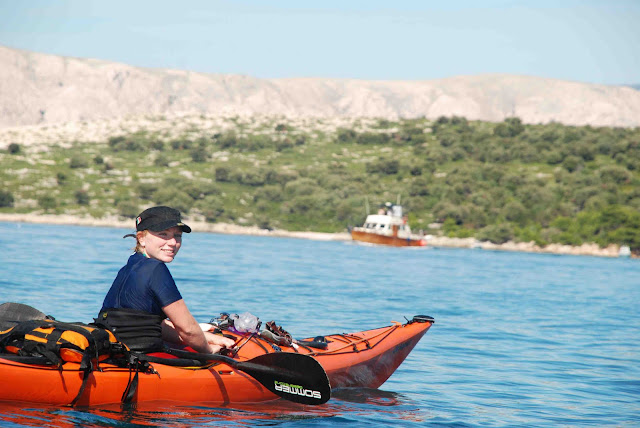 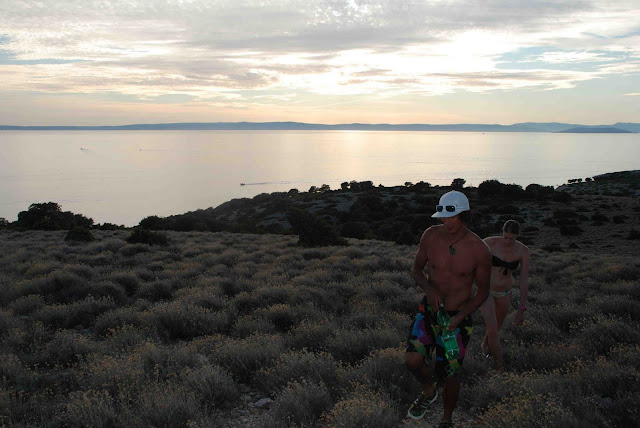 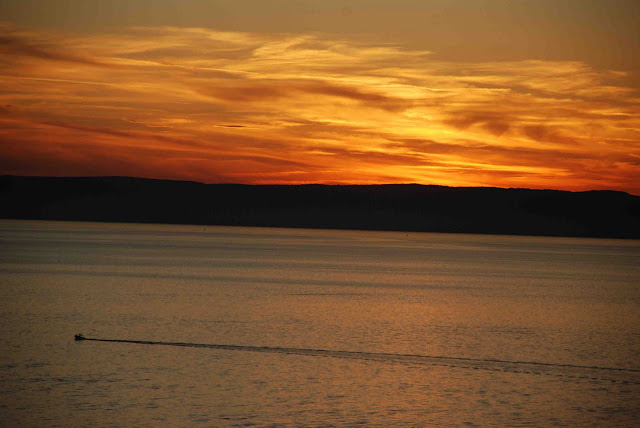 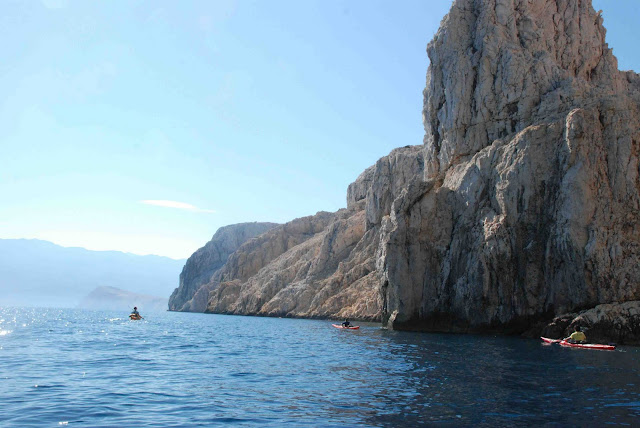 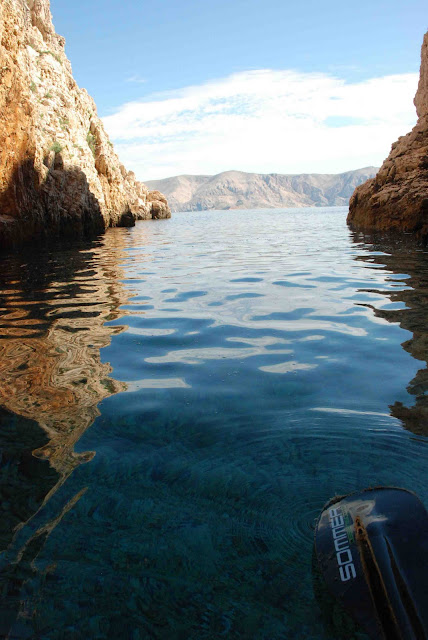 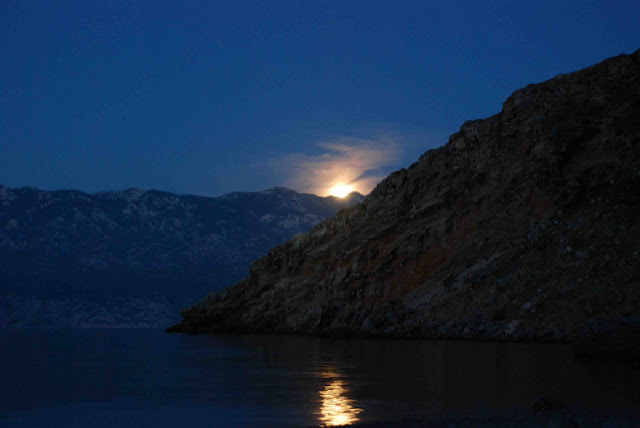 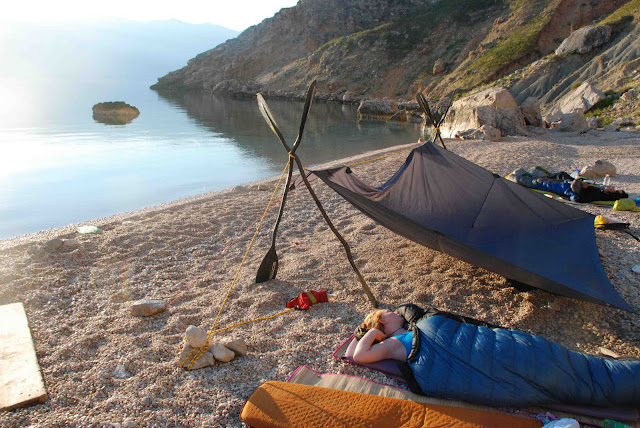 We were loving the sun for the first few days, but by the end of the week we were feeling the effects of too much sun. As soon as we got to a beach our first move would setting up shelter from the sun.

After 7 days around Rab we headed back to the mainland and continued the simple life of sun, swimming and doing heaps of choice as jumps, playing cards, drinking Radler, eating mozarella and tomato in the small village on Stinica, on the mainland coast directly adjacent to Rab. 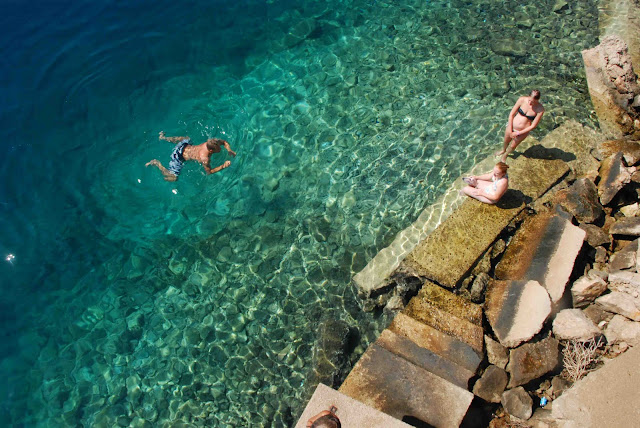 I had my go pro with me for the trip, but I only ever remembered to break it out when we were diving and jumping. The important stuff I guess. Here's a quick vid of our super warm time jumping into the Mediterranean...

Swimming and choice as bombs in croatia but no ice creams from brendan bayly on Vimeo.

Posted by Brendan at 1:43 PM No comments:

Gear I love to use